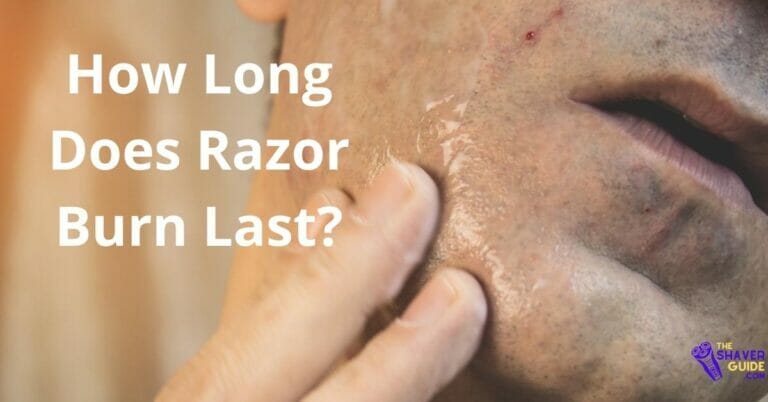 Introduction: What is Razor Burn?

Razor burn is a common problem that can be caused by shaving too closely, using a blunt blade, or shaving in the wrong direction. It can cause redness, itching, and burning sensations, and can sometimes lead to skin irritation and razor bumps. The good news is that there are several ways to treat razor burn and make it go away faster. However, it can be uncomfortable and may lead to skin infections if the skin is broken.

How Long Does It Take Razor Burn To Go Away?

Razor burn typically lasts for a few hours to a few days. It usually goes away on its own within a week. However, severe razor burn may last for several weeks.

Razor burn tends to last for a few days (even weeks in some cases), so you might have to wait a while in order to have a completely painless shave. Massaging aloe vera gel or coconut oil on the affected area is a natural way of dealing with razor burn, as it will reduce redness and swelling. 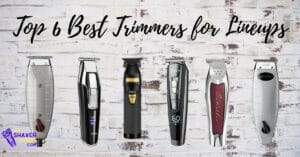 Make sure you shave according to the direction of your hair’s growth and don’t use razor blades that are dull or old. You should also try and exfoliate regularly, as it will do wonders for your skin and will help to avoid razor burn and other similar problems.

Razor burn is a very common and irritating skin condition that affects almost all men, and a smaller group of women as well. This condition is caused by frequent shaving and the acute sensitivity of the skin to the razor blade. Razor burn can be caused by a number of things. A few of them are given below.

The most popular and common reason is the use of substandard shaving products.

Razor burn is also caused by shaving too close to the skin or by using a dull razor. Shaving with a dull razor can cause the hair to be pulled out rather than cut, which can lead to inflammation and irritation.

By using the blunt blade, dragging and pulling against the skin. This can result in ingrown hairs, razor bumps, and general skin irritation.

If you don’t rinse the blade after every pass to remove hair and shaving cream. Also, over-shaving or shaving with dull blades can cause razor burn.

In addition, shaving with a razor that is too sharp can also cause razor burn.

How Can I Prevent Razor Bumps?

You can prevent razor bumps by using a sharp razor and shaving in the direction of hair growth. In addition, you should avoid shaving too close to the skin.

Razor bump can be minimized by only raising the razor once and not applying pressure to it when shaving.

See also  Can You Shave Your Head With An Electric Razor? A Complete Guide

You should also avoid using alcohol-based aftershaves, as they can dry out the skin and make razor burn worse.

If you experience razor burn, there are several things you can do to relieve the symptoms. These include:

Razor burn can be treated with over-the-counter (OTC) medications such as hydrocortisone cream or anti-inflammatory creams. These creams can help reduce redness, swelling, and irritation.

You can also use a moisturizer on the skin to relieve some of the burning.

You can soothe skin by putting a thin layer of aloe vera gel on the affected area.

Avoid activities that will irritate the skin, such as sun exposure and tanning beds.

If razor burn is severe or does not improve with home treatment, you should see a doctor. A doctor can prescribe a stronger topical steroid or an oral antihistamine to help relieve the symptoms. In rare cases, razor burn can lead to skin infections.

If you experience any signs of infection, such as pus or redness, you should see a doctor.

Razor burn is a common skin disorder that affects men and women after shaving. The little nicks and cuts that occur during shaving can be painful and annoying and can turn into razor burn if you aren’t careful.

Luckily, razor burn doesn’t last forever, and you can treat it quickly and easily. However, if you don’t take proper care of it, the symptoms may last longer.

How to Get Rid of Razor Burn Fast?

There are many ways to get rid of razor burn fast.
One way is to use a moisturizer that contains aloe vera. Aloe vera is a natural anti-inflammatory and it helps to soothe the skin after shaving.
Another way is to use a shaving cream with ingredients such as shea butter, cocoa butter, and coconut oil. These ingredients help the skin retain moisture, which in turn prevents the skin from drying out and getting irritated.
You can also try using something like an ice pack or cold compress on your skin after you shave. This will help reduce inflammation and redness on your skin caused by shaving.
The last thing you can do is apply some petroleum jelly or Vaseline on your legs before you shave them. This will act as a barrier between your razor blade

Razor burn is a red, bumpy rash that can result from shaving. This condition is often caused by a dull blade and an improper shaving technique.

theshaverguide.com is a participant in the Amazon Services LLC Associates Program, an affiliate advertising program designed to provide a means for sites to earn advertising fees by advertising and linking to Amazon.com and affiliated sites.
As an Amazon Associate, I earn from qualifying purchases.

Follow us on social media and stay up to date:

theshaverguide.com is a participant in the Amazon Services LLC Associates Program, an affiliate advertising program designed to provide a means for sites to earn advertising fees by advertising and linking to Amazon.com and affiliated sites.
As an Amazon Associate I earn from qualifying purchases.